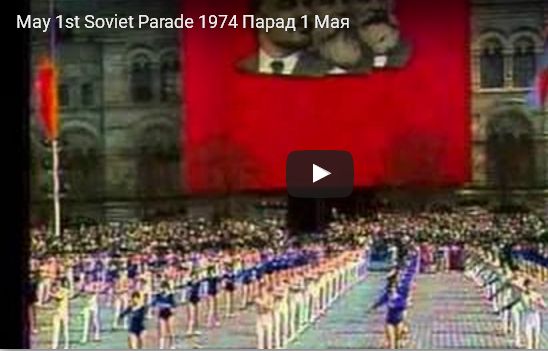 This is the 1974 May 1st parade in Moscow's Red Square, a day of international solidary of workers. An instrumental rendition of the Internationale is played in Red Square this year. This was the original anthem of the USSR, up to 1944, when the Soviet anthem replaced it. The Internationale is French in origin, and is the de-facto anthem for the Marxist movement the world over (the Internationale was replaced during WWII, as it was felt Soviet soliders would respond more to an anthem about the Soviet motherland, instead of a political movement).